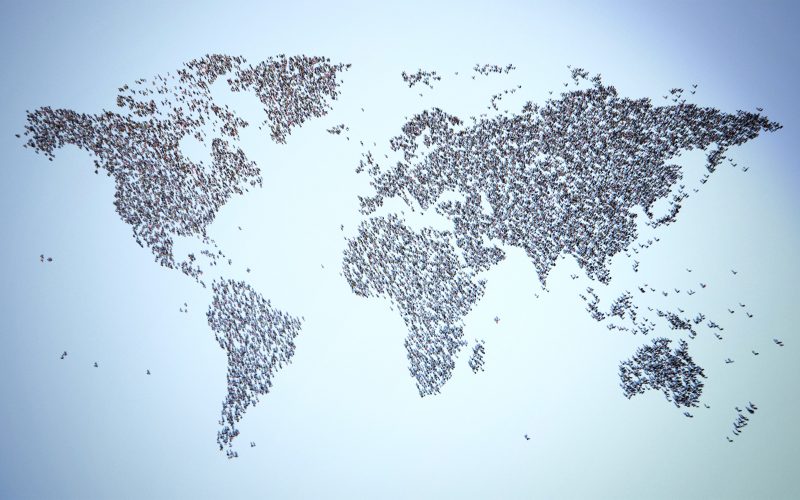 When will the world’s population numbers top out? Josh Zumbrun, a national economics correspondent for The Wall Street Journal, joins host Krys Boyd to discuss the projections of demographers who point to geography and education as effectors on growth, and why the global population might actually one day decrease. His article is “Global Population Is About to Hit 8 Billion—and Some Argue It Is Near Its Peak.”

Bonus Blog: How large could the global population get?

We’re nearing a global population of 8 billion, and it was only 11 years ago that we reached 7 billion. It’s hard to imagine how we’ll manage to sustain so many people needing food, water and energy.

In this episode of Think, Krys talks to Josh Zumbrun, a national economics correspondent for The Wall Street Journal. He says most demographers predict that the global human population may be reaching its peak in the next several decades, growing by a couple more billion people.

Zumbrun says that we often see these predictions coming from the U.N. population projections or the U.S. Census Bureau.

One thing that could slow down population growth is education.  Zumbrun explains that as countries better educate their populations — especially as women get more educated — they’re less likely to want to have large families.

“The insight of this forecast is that if you look at some of these trends in education, a lot of these countries — especially in Africa, where education has kind of improved over the last 30 years — it’s easy to kind of miss that in the U.S. But that’s the reality —the education system has been getting better in much of the rest of the world,” Zumbrun says.

Click the play button above to listen to our full conversation with Zumbrun about what the future holds for our population and our planet. Don’t forget to follow Think on Spotify, Apple Podcasts and all of your favorite podcast streaming platforms. Plus, subscribe to our new Think newsletter to get notes from Krys, see what she’s been reading lately and check out what we have planned for upcoming episodes.

The Connections Between Population and Climate Change