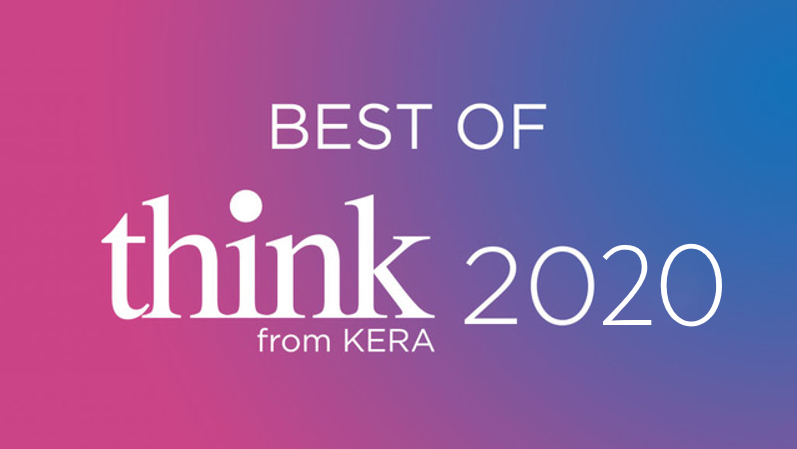 From December 23rd to January 1st, we will be showcasing our most notable conversations of the year. Check out the shows that will be featured!

As part of the Best of Think 2020, we’re revisiting some of our favorite conversations with novelists. Below are the thought-provoking and riveting interviews –  that like the novels themselves – left us wanting more:

New Yorker staff writer Lawerence Wright joined us in April to talk about his fiction focused on a pandemic upending the world.

Novelist Susan Choi joined us in May to talk about her runaway hit last year, delighting readers and critics all the way to a National Book Award.

Pulitzer-Prize winning author Colson Whitehead joined us in July to talk about his most recent novel which based on a real juvenile detention reformatory in 1960s Florida.

TV writer Charles Yu joined us in November to talk about his story-within-a-story construction about an aspiring Asian actor trying to make his way in Hollywood. The book went on to win the 2020 National Book Award for fiction. 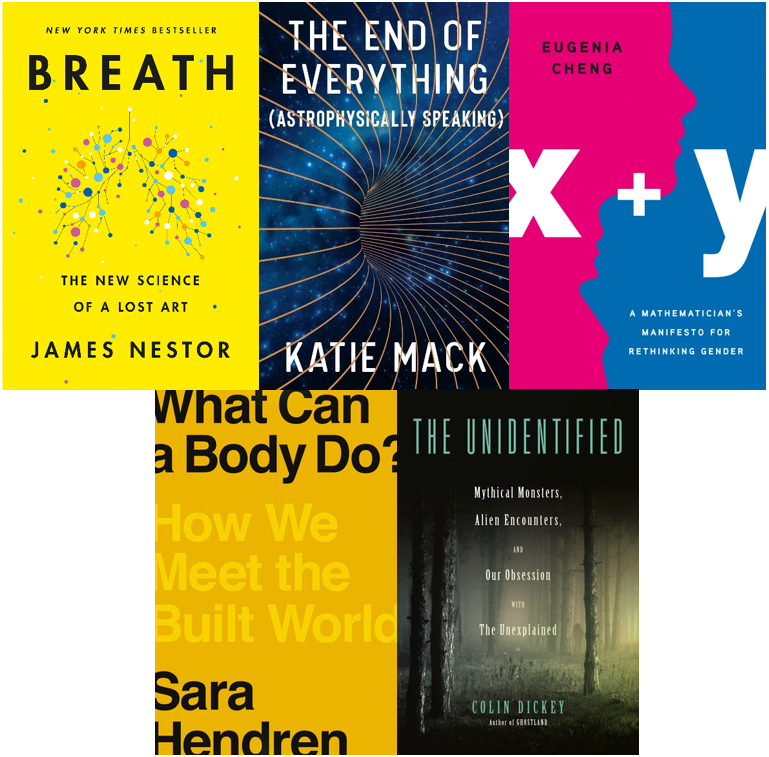 We’re also listening back to some of our favorite conversations about nature, science, and innovation. Check out the list of interviews that made us think twice about the world around us.

Science writer James Nestor joined us in May to talk about how clues for better airflow can be found not in research labs, but in choir rooms, smoggy streets, and even centuries-old breathing practices.

North Carolina State University theoretical astrophysicist Katie Mack joined us in September to talk about the math, science, and mystery that allows space to predict our demise back here on Earth.

Eugenia Chen is a Scientist in Residence at the School of the Art Institute of Chicago, and she joined us in September to talk about taking mathematical concepts and applying them to an issue we’ve wrestled with throughout human history.

“The Unidentified: Mythical Monsters, Alien Encounters, and Our Obsession with the Unexplained” by Colin Dickey (12/24, 1 pm CT)

Science writer Colin Dickey joined us in October to talk about why the unknown holds so much sway over us.

Sara Hendren teaches design for disability at Olin College of Engineering, and she joined us in August to talk about the idea that disability isn’t about a person, so much as the way a person must navigate an unhelpful world.

On our second week of “The Best of Think” – we’ll feature some of our favorite conversations about history. These shows provided historical context to the events of this past year.

Historian A. K. Sandoval-Strausz joined us in January to talk about how Latinos have made American cities more livable.

“What Shakespeare Actually Wrote About the Plague” by Stephen Greenblatt (12/29, 12 pm CT)

Stephen Greenblatt is the John Cogan University Professor of the Humanities at Harvard. He joined us in June to talk about how the bubonic plague influenced Shakespeare.

“The Sword and the Shield: The Revolutionary Lives of Malcolm X and Martin Luther King Jr.” by Peniel Joseph (12/30, 12 pm CT)

The University of Texas at Austin professor Peniel Joseph joined us in May to talk about how these two icons were actually more alike than you might think.

Princeton professor Eddie Glaude, Jr. joined us in July to talk about looking at today’s racism through Baldwin’s eyes. 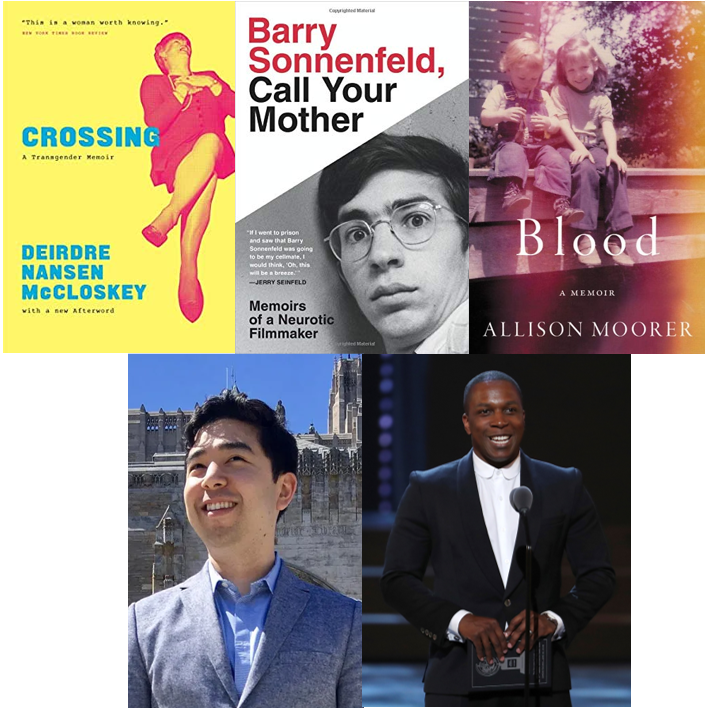 Lastly, we will re-air some of our favorite conversations from this year with people talking about their lives.

Deirdre Nansen McCloskey joined us in January to reflect on the many ways life has changed 20 years after transitioning, which she writes about in Crossing: A Transgender Memoir.

Director Barry Sonnenfeld joined us to talk about working with the Coen Brothers and directing the Men in Black franchise. His memoir is titled, “Barry Sonnefeld, Call Your Mother: Memoirs of a Neurotic Filmmaker.”

Grammy-nominated singer-songwriter Allison Moorer joined us in January to talk about her memoir, “Blood: A Memoir.” The book explores

Cambridge Ph.D. student Rob Henderson joined us in November to talk about how he discovered the American class system as a kid through TV shows. His opinion piece in The New York Times is titled, “Everything I Know Abou Elite America I Learned From ‘Fresh Prince’ and ‘West Wing.”

The Tony and Grammy award winner of Hamilton fame tells us about how he’s built his career by learning from failure.