A forest fire blazes out of control less than 2 miles from West Yellowstone in Yellowstone National Park, Mont., Friday, Sept. 2, 1988. This summer marks the 20th anniversary of a series of wildfires that burned 36 percent of the park. Tannen Maury/AP Photo

Officials in California are warning that the largest of the state’s wildfires won’t be contained until September. The fires have already consumed hundreds of thousands of acres of land and caused billions of dollars in damages. Richard Manning joins us to explain why these fires are becoming increasingly common – and if it’s possible to prevent them. His story about wildfires appears in the current issue of Harper’s magazine. 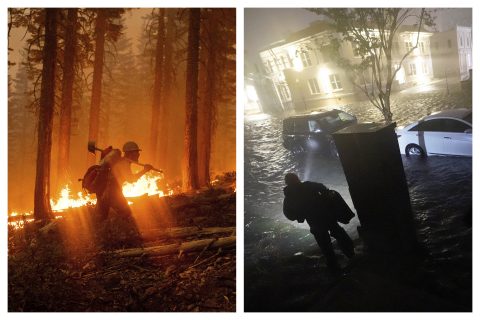