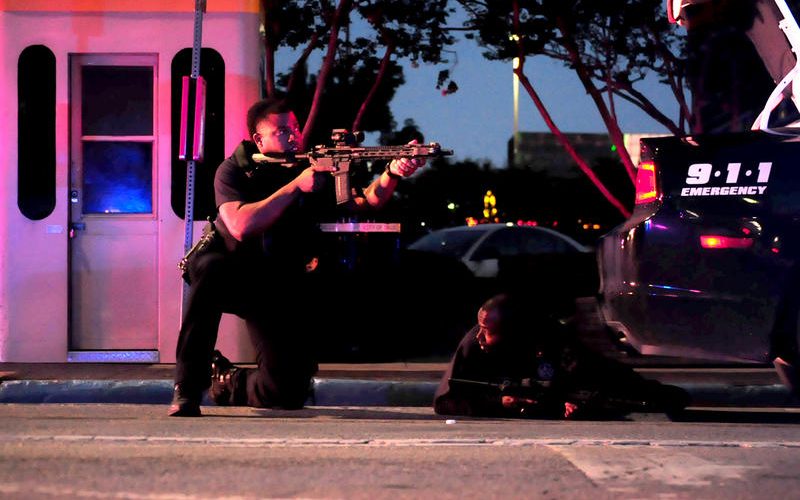 A year ago today, demonstrators gathered in downtown Dallas to protest the killings by police officers of Philando Castile, Alton Sterling and others. And by the end of the night, five of the officers who were assigned to protect those protesters were killed in a shootout that also left a gunman dead. During this special episode of Think, we’ll look back at the night of July 7, 2016, we’ll hear from one of the officers who was wounded in the attack and we’ll talk about how Dallas has changed – and stayed the same – since that night.

» Also
• The Dallas Shootings: A Look Back — See and hear the stories from KERA News.