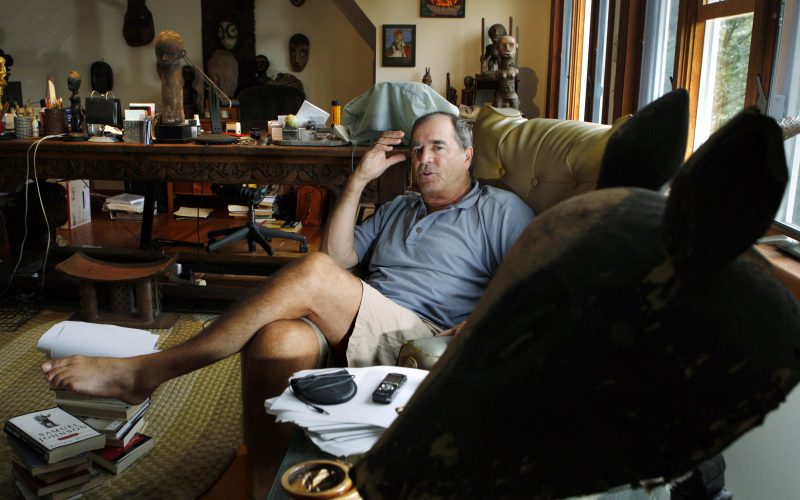 Surrounded by his collection of African wood carvings, author Paul Theroux speaks during an interview at his home in East Sandwich, Mass. Elise Amendola/ AP Photos.

Paul Theroux is one of America’s foremost travel writers. And he’s also an accomplished novelist. He joins us to talk about his latest work of fiction, which centers on a brood of siblings doing their best to free themselves from the grip of an overbearing mother. The book is called “Mother Land” (Houghton Mifflin Harcourt).

… drawing inspiration from his own life:

“I think I became a writer because my family was dysfunctional … Writing is an act of rebellion. People who write are writing to prove a point, to show who they are, to mark out their territory. And so they do it in defiance of a parent, often. And I suppose in my case it was that too.” 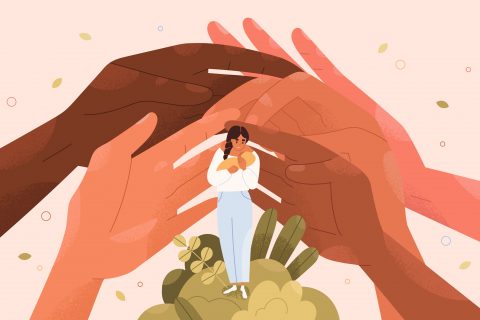 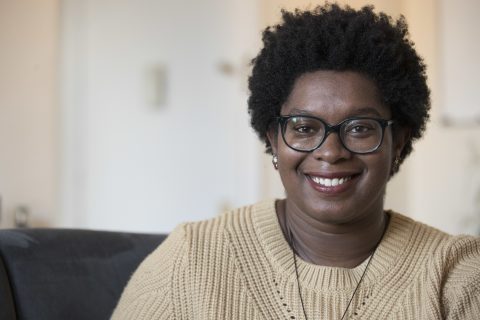 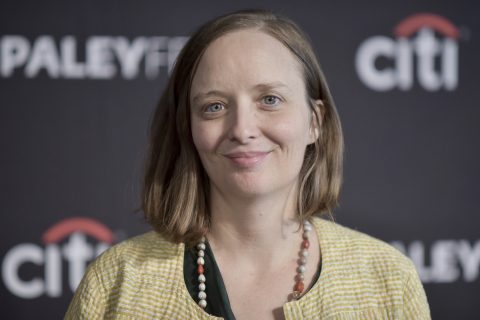