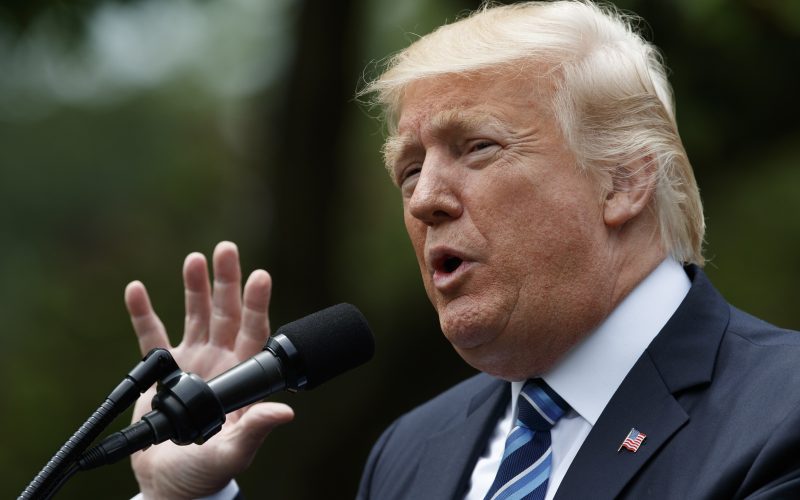 President Donald Trump speaks in the Rose Garden of the White House in Washington, Thursday, May 4, 2017, where he signed an executive order aimed at easing an IRS rule limiting political activity for churches. (AP Photo/Evan Vucci)

President Trump’s first few months in office have included executive orders on immigration, a Supreme Court confirmation and now a second attempt at repealing the Affordable Care Act. We’ll talk about how these sweeping changes and others affect Texas and the nation with Molly Ball of The Atlantic and Abby Livingston of the Texas Tribune.