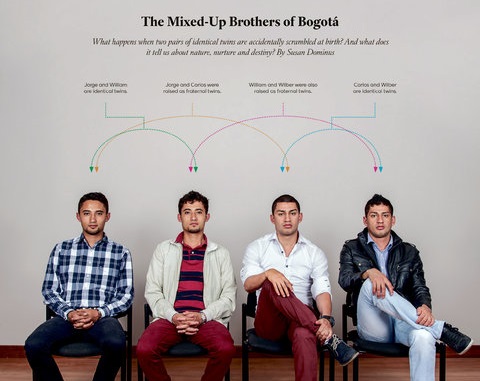 Imagine being separated at birth from your identical twin and raised alongside your assumed fraternal twin. That’s exactly what happened to four infants in Colombia. This hour, we’ll talk about how decades later the young men sorted out the error with Susan Dominus, who tells their story in The New York Times magazine, and psychologist Yesika Montoya, who studied the twins’ unique experience.