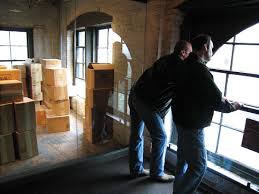 Hour 2:           How did the site of President John F. Kennedy’s assassination become a haven for his legacy? As part of KERA’s coverage of the 50th anniversary of the event, we’ll talk this hour with Stephen Fagin, associate curator and oral historian at the Sixth Floor Museum. His new book is “Assassination and Commemoration: JFK, Dallas, and the Sixth Floor Museum At Dealey Plaza” (University of Oklahoma Press, 2013). Fagin will speak at the museum on Wednesday afternoon.