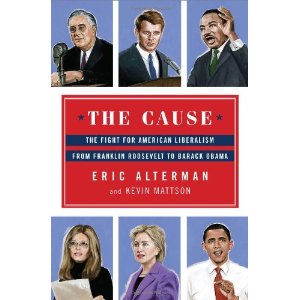 Hour 1:           How can an American political movement be both incredibly successful and publicly reviled at the same time? We’ll talk this hour with Eric Alterman, Distinguished Professor of English and Journalism at Brooklyn College and CUNY Graduate School of Journalism, columnist for The Nation, Senior Fellow at the Center for American Progress, the Nation Institute and the World Policy Institute, and co-author of “The Cause: The Fight for American Liberalism from Franklin Roosevelt to Barack Obama” (Viking Adult, 2012).