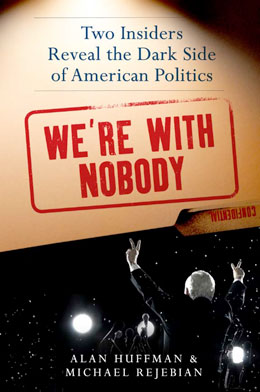 Hour 2:           In this season of increasingly rancorous political rhetoric, who are the people writing the speeches and creating positions for the candidates? Perhaps more importantly, who are the people behind those people and how do they do their jobs? We’ll delve into the shadowy world of political opposition research this hour with Michael Rejebian. Rejebian is a former journalist, a political researcher, and co-author of the book “We’re with Nobody: Two Insiders Reveal the Dark Side of American Politics” (William Morrow Paperbacks, 2012).