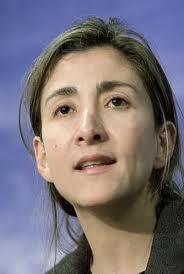 Hour 1: How would you survive six years held captive by a guerrilla army, constantly on the move and never knowing if you’ll be released? We’ll talk this hour with Ingrid Betancourt who writes about her experiences in the memoir “Even Silence Has an End: My Six Years of Captivity in the Colombian Jungle” (Penguin, Paperback, 2011). The book is now out in paperback.