What was it really like in the Kennedy White House and how did Robert Kennedy cope with the aftermath of his brother’s assassination? According to journalist David Talbot, RFK never believed the Warren Commission’s conclusions and hoped to re-open the investigation if elected president in 1968. Talbot will join us this hour to discuss his new book “Brothers: The Hidden History of the Kennedy Years” (Free Press, 2007). 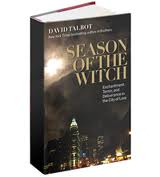