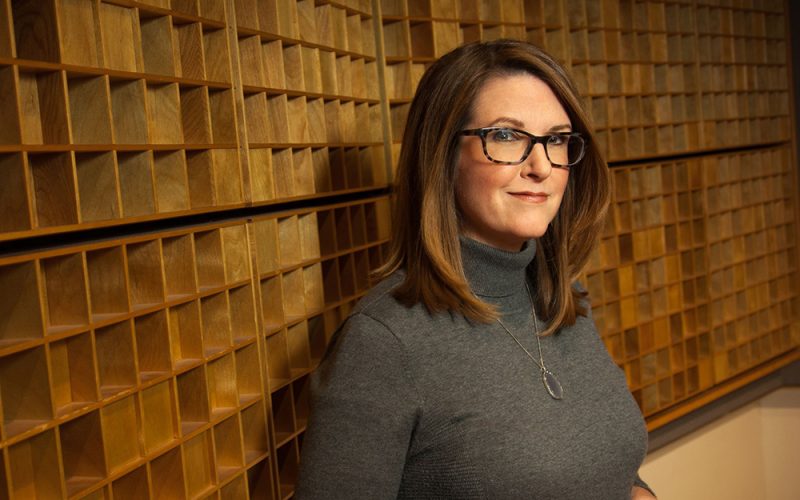 For the fifth year in a row, Krys Boyd and the Think production crew will visit Washington, D.C. to broadcast live from NPR headquarters June 24-28. Krys will talk with NPR figures, policy makers, authors and more.

» Last week, President Trump officially declared he’s running for re-election. The announcement has shared headlines with stories about increased tension with Iran, further testimony tied to the Mueller Report and, of course, the crowded field of Democratic presidential candidates. Host Krys Boyd sorts through the day’s news with a panel of Washington-based reporters: Abby Livingston of the Texas Tribune and Ron Elving, senior editor and correspondent for NPR.

» The U.S. Department of Veterans Affairs is charged with a mission laid out by President Lincoln: “To care for him who shall have borne the battle, and for his widow, and his orphan.” Secretary of Veterans Affairs Robert Wilkie joins host Krys Boyd to talk about how the V.A. is working to provide more efficient care for vets – and how the department is evolving to address PTSD and mental health.

» The National Security Council was established by President Truman to provide a core group of advisors to the White House on issues of security and foreign policy. John Gans is director of communications and research at Perry World House – the University of Pennsylvania’s global policy institute – and a fellow at the German Marshall Fund. He joins host Krys Boyd to talk about how the NSC has evolved since 1947 – and about how President Trump has adjusted the mix of advisors during his time in office. Gans is the author of “White House Warriors: How the National Security Council Transformed the American Way of War” (Liveright).

» House Democrats and the White House are locked in a battle over whether or not the 2020 census can ask respondents if they are U.S. citizens. NPR national correspondent Hansi Lo Wang joins host Krys Boyd to talk about how this simple question could alter the census count by as many as 4 million people. And we’ll discuss how that count will ultimately affect how Americans are represented in Congress.

» The U.S. military once had an idea to strap bombs to bats. Meanwhile, the intelligence services thought of digging a spy tunnel under the Soviet embassy. Vince Houghton, historian and curator of the International Spy Museum, joins host Krys Boyd to talk about these and other wacky ideas that ultimately never came to fruition. His new book is called “Nuking the Moon: And Other Intelligence Schemes And Military Plots Left On The Drawing Board” (Penguin).

» Bernie Sanders has pushed the Democratic Party to seriously consider backing universal healthcare, a higher minimum wage and a host of other progressive ideas. The Vermont senator joins host Krys Boyd to talk about the issues he’s building his presidential campaign around ahead of this week’s first round of Democratic primary debates. And later in the hour, we’ll assess the ever-growing field of candidates looking to unseat President Trump with a panel of party insiders.

» The United States and China are in the midst of a full-blown trade war after the U.S. imposed 25 percent tariffs on $250 billion worth of Chinese goods. Host Krys Boyd breaks down who is actually shouldering the brunt of these tariffs with Matthew Yglesias, co-founder of Vox Media and co-host of The Weeds podcast; and Maurice D. Kugler, professor of public policy at George Mason University.

» When Americans think of the U.S.-Mexico border, immigration and security are usually the first two topics that come to mind. Host Krys Boyd talks with a pair of congressman who represents districts that span hundreds of miles along the border to find out how they are engaging with these issues on a practical level. Joining us on the show are Henry Cuellar, a Democrat representing the 28th District of Texas; and Will Hurd, a Republican representing the 23rd District of Texas.

» Washington Post columnist George F. Will is an old-school conservative – as in all the way back to the Founding Fathers. He joins host Krys Boyd to make the case that America needs to re-engage with the nation’s founding principles, which he writes about in “The Conservative Sensibility” (Hachette).